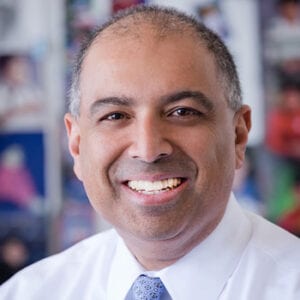 Current Role:
Sumeet Shrivastava is an accomplished executive and proven business leader with more than two decades of experience in the government IT industry. As President and CEO of ARRAY, he provides overall corporate leadership for the company’s growth strategy, which has included a successful graduation from the 8(a) program and recently lead a management buyout of ARRAY.

Background:
Prior to ARRAY, Sumeet was SVP for Public Sector at Keane (now NTT Data) and also spent time as the SVP for North American Commercial Sales and Marketing. As EVP and COO of ANSTEC, a Government IT contractor, he architected the company’s sale to Keane. Sumeet’s experience has traversed the full range of early-stage small business to a competitive, mid-tier contractor, including on both sides of M&A transactions. Sumeet has been committed to his alma mater, George Mason University (MBA ’94), and the regional community throughout his career. He serves on the GMU Foundation Board of Trustees, is the President of Mason’s Alumni Association, and sits on the Dean’s Advisory Council for the Business School. In addition, Sumeet is on the Boards of the Northern Virginia Children’s Science Center and TiE DC. 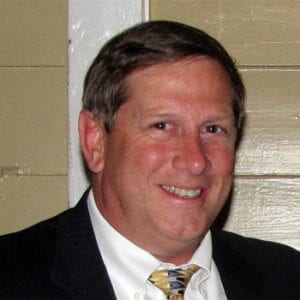 Background:
Bob has held Senior Executive positions in multiple companies specializing in Government Contracting since 1988. He has worked with 8(a) Companies, graduated 8(a) Companies, and large businesses.

Current Role:
David Joslin joined ARRAY in March 2020 as Senior Vice President and Chief Growth Officer and is responsible for leading ARRAY’s growth strategy while supporting its teams that drive the strategy forward. Bringing over 30 years of leadership across Federal and Commercial technology services organizations, David has a proven track record of leading organizations to grow in a competitive market and has been on the front lines of business development and capture positions throughout his career.

Background:
Prior to joining ARRAY, David had a 21-year career with Perot Systems Corporation serving as Executive Vice President and General Manager for the 2,500-person National Security Division. He led the business unit, delivering mission-focused results in application services programs, cybersecurity solutions, IT infrastructure solutions, and IT Planning and Policy engagements. In those roles, Joslin was responsible for Perot Systems’ portfolio for the U.S. Department of Defense, the U.S. Department of Homeland Security and the National Security community. Additionally, David is the former President and CEO of both Link Solutions, Inc. and Information International Associates, two successful graduated small business firms.

Education:
David holds a B.A. in Statistical Economics and a B.S. in Finance and Accounting from the University of Kansas.

Personal
David resides in the Maryland suburbs of Washington, D.C. with his wife Elizabeth. They love to travel with their two adult children, who live in Washington DC and Atlanta, GA. In his free time, David enjoys outdoor activities including golf, running, hiking, biking and climbing. 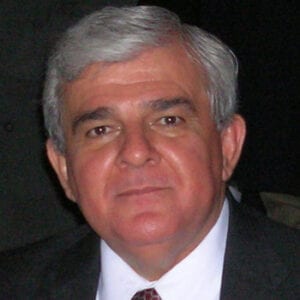 Background:
Prior to joining ARRAY, he served as Manager of the Earth Sciences Program and Director of Florida Operations at Harris Corporation/Multimax (2001-2007). Prior to 2001, Dr. Ghalib served as a Chief Scientist, Integration and Test Manager, and a Seismologist at the Geophysics Division, Monitoring Systems Operation, Defense Technology Group of Science Applications International Corporation (SAIC). From 1988 – 1995, Dr. Ghalib served as a Middle Manager and a Staff Scientist at the Data and Computer Science Division, ENSCO, Inc. In addition to his managerial and business development responsibilities, he has been leading various research projects and deploying seismic stations and seismo-acoustic arrays in the Middle East and Far East under contracts with the Air Force Research Laboratories (AFRL), the United States Geological Survey (USGS), the Department of Energy and the Department of State. 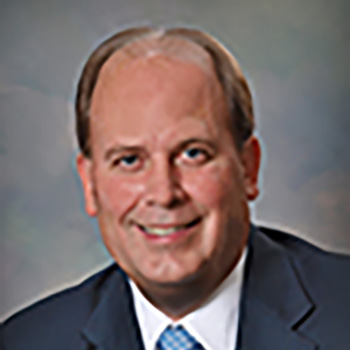 Current Role:
Curt joined ARRAY in November of 2018, with responsibility for leading the development and execution of a human capital strategy that supports the firm’s growth objectives and family-oriented culture. He currently provides oversight to all human resource and security related functions.

Background:
Curt’s background encompasses more than two decades of leadership experience with global firms in the aerospace, consulting, and technology industries. Previous employers include Deloitte, British Aerospace, PA Consulting Group, ANSTEC, and MCR. His experience spans all aspects of human capital management including organizational design and development, talent management, employee development and succession planning, and the design and management of reward and retention programs. Curt currently serves as an adjunct professor in the School of Business at George Mason University, and he is a 2016 recipient of GMU’s 20 Prominent Patriots in Business Award.