This is a preliminary report on an unprecedented field experiment and collection of previously unattainable seismological data from the Middle East. Starting in November 2005, a network of ten broadband seismic stations was deployed in stages over a period of nine months throughout northern, northeastern and central Iraq. The spatial distribution covers a large portion of the folded and foothill zones west of the Zagros continental collision boundary of the Arabian plate. These three-component digital stations have since been recording continuously at a rate of 100 sps, yielding a rapidly growing database of numerous high quality local, regional and teleseismic events that are characteristic of this relatively young and exceedingly active seismotectonic setting.

Initial review of collected data and published bulletins confirms that a large number of occurring small events (magnitude < 4) are either not being recorded or detected by distant stations, or they are not being reported by the scarce number of neighboring seismic stations in Turkey and Iran. Premature loss of Iraq Seismological Network (ISN) assets and contribution over the past two decades has further exacerbated this problem.

Also, initial review of recorded seismograms including high frequency phases show lateral variations indicating signal blockage and attenuation that will require thorough mapping for the characteristics of wave propagation in the region to be understood. In addition, location of small events and relocation of internationally reported ones seem to identify source regions and trends that will be investigated in more detail when better velocity models are developed. Seismograms of events associated with these sources show remarkable similarity. Plans and preparations to utilize receiver functions and dispersion of surface waves are underway.

Interaction between the Arabian, Eurasian, African and Indian plates is the primary force defining the present-day seismotectonic framework of the Middle East. Figure 1 shows that interplate seismicity is significantly more dominant than the intraplate activity. The plate margin seismicity is associated with a variety of boundaries that includes spreading zones through the Gulf of Aden and the Red Sea, the transform fault along the Dead Sea and East Anatolia of the Turkish plateau, the Bitlis Suture in eastern Turkey, the northwest-southeast trending Zagros thrust zone, the Makran east-west trending continental margin and subduction zone, and the Owen fracture zone in the Arabian Sea. The apparently aseismic Arabian plate interior features an exposed young shield, a deformed platform and a foredeep that consists of extra ordinarily thick layers of sediments and evaporites. Structural faults and folds cross these major tectonic regions.

Several investigators attributed the observed low intraplate seismicity to the lack of regional and local seismic stations, and to the scarce reporting of events by existing networks in and around the Arabian plate (Adams and Barazangi, 1984; Ghalib et al., 1985). Another feature of the interplate seismicity is its non-uniform distribution along the plate boundaries (e.g., the Zagros thrust zone), which seems to correlate with the presence of local seismic networks or individual stations (e.g., stations TAB, SHI, and more recently the local Iranian networks along the central Zagros region).

Through a business analysis and SWOT, we assess corporate structure, systems, relationships, people and strategy. We develop a strategy that aligns capabilities to customers, vendors and partners and help our partners implement it while also supporting business development, marketing and sales functions.

Figure 1: Map of the Arabian Peninsula and surrounding regions. 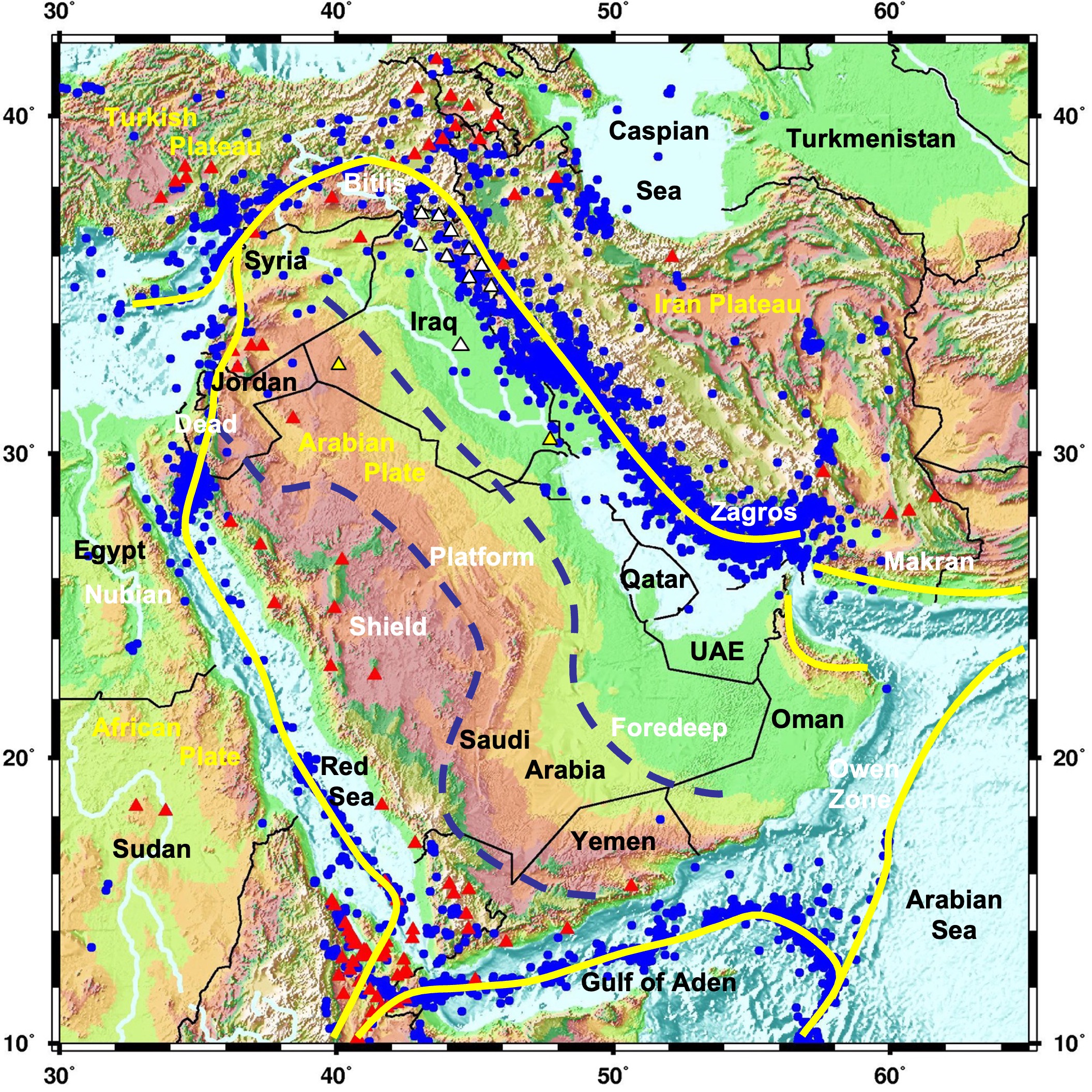 In an effort to study the seismicity and seismotectonic setting of the Arabian plate, its seismotectonic boundaries and surrounding regions, this effort commenced with the deployment of a network of broadband seismic stations in north and northeast Iraq to the south of the Bitlis suture zone and to the east and southeast of the Zagros thrust zone, an area previously inaccessible to all external monitoring and research activities, which was partially monitored by the severely damaged five stations of Iraq Seismological Network (ISN). This network was comprised of stations BHD, SLY, MSL, RTB and BSR outside the cities of Baghdad, Sulaimaniyah, Mosul, Al Rutba and Basra, respectively. The instrumentation at these five stations included short, intermediate and long period analog as well as some digital systems procured from various vendors and manufacturers.

The primary objectives of this deployment effort are as follows:

This is the first technical report on an effort in progress that entails the deployment and operation of a broadband seismological network of 10 stations to record local and regional seismic activity in north Iraq and surrounding countries of Iran and Turkey, where the Zagros and Taurus (Bitlis) tectonic zones meet. Figure 2 shows the location and spatial distribution of these stations throughout Kurdistan province. In August, 2005, the first of two stations, KSLY and ERBL, were deployed temporarily at Sulaimaniyah and Erbil seismological observatories until the desired remote sites were surveyed and prepared for long term deployment. These stations were later shut down, and the instrumentation relocated to more remote and significantly quieter sites to complement the planned distribution and coverage of North Iraq Seismological Network (NISN). 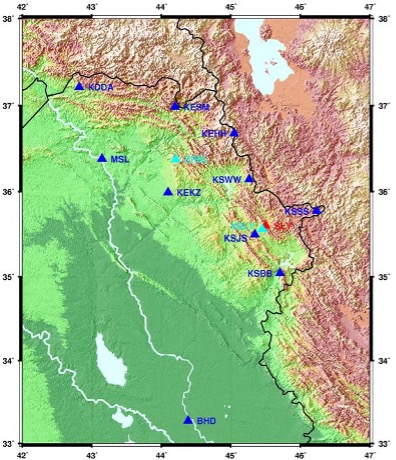